Examining the Pros and Cons of Hydroelectric Energy | Earth.Org – Past | Present | Future

by Green Energy News
in Hydroelectricity

Hydroelectric power represents the largest share of renewable energy in the world and will likely remain the world’s primary source of renewable power in 2024, according to the International Energy Agency (IEA). As the next few years will be critical in limiting global warming and to drastically reduce the use of fossil fuels, this particular renewable will be important in our transition towards 100% clean and green energy. Let’s take a look at the pros and cons of hydroelectric energy.

Before we dive into the pros and cons of hydroelectric energy, it’s important to first understand what it is and how it works. Hydroelectric energy is generated by converting kinetic energy of the falling water through the rotation of turbines. Generators then convert the mechanical energy into electrical energy that is used by the public. The most common hydropower comes from water in dams, where water is released from reservoirs to drive the turbines. It can also utilise the natural running of a river or tide to generate electricity. The countries with the highest growth of hydropower generation are China and Brazil, with Turkey joining the ranks in recent years.

What Are the Advantages of Hydroelectric Energy?

Since hydroelectric energy relies on water, a natural resource, it is inherently a clean and renewable source of energy. And because hydroelectric energy largely depends on the water cycle, hydropower generation is greater in regions with higher precipitation and rainfall, which occurs mostly in developing countries such as in China, South America and Africa.

Compared to other forms of renewable energy, such as wind or solar energy, hydropower is least affected and reliant by the seasons and weather as it is capable of storing large amounts of water through its dam, creating essentially a water bank in which people can withdraw when the need arises.

Another factor that makes hydroelectric more advantageous than other renewables is greater efficiency: it is by far the best-established means of electricity generation from renewable sources. According to the most recent figures, the global weighted average capacity factor of hydropower was at 47%. Therefore it comes to no surprise that hydroelectric power generation accounts for 17% of the world’s electricity, contributing the largest share of electricity from renewable sources. Indeed, as of 2020, hydropower generates more than all other renewable technologies combined. Additionally, hydropower plants can constrain the water flow through each turbine to vary output, which makes it more efficient and ‘wastes’ less river water.

Hydroelectric power generation also boasts a low carbon footprint. According to the Intergovernmental Panel on Climate Change (IPCC), hydropower has a median greenhouse gas emission intensity of 24 gCO₂-eq/kWh over its life-cycle from natural emissions of freshwater reservoirs and from the construction of dam materials. In comparison, the median figure for gas is 490 gCO₂-eq/kWh. 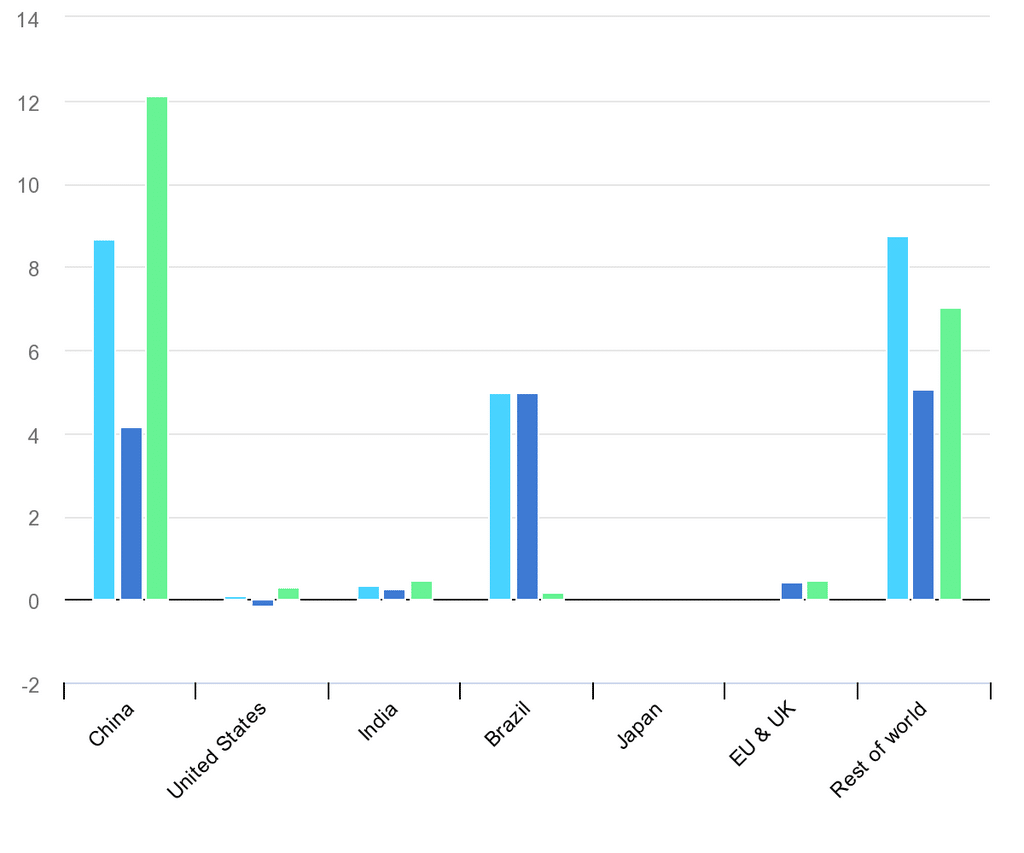 As mentioned previously, thanks to their geographical locations and access to rivers, some countries have the advantage of building and generating more hydroelectric energy. This is the case for China, in which they contributed almost 60% of the new hydropower capacity in 2020, largely due to seven large-scale projects that were commissioned.

Hydropower projects also boost economic investments in developing countries, as seen with the“South to South Investment”, a growing phenomenon where developing countries support the technology and financial transfer of hydropower between each other. From 2004 to 2012, the trade in equipment and parts of hydropower increased from less than 10% to approximately 50% of total global trade.

Despite it being the largest renewable source of electricity, hydropower does have its drawbacks. The most significant one of which is its damage to the surrounding environment and ecosystem. Most hydroelectric power plants require the construction of a dam, which would result in the destruction and fragmentation of the surrounding habitats. For example, the construction of water dams may affect the migration and movement of aquatic organisms, hinder their reproduction, and in some extreme cases, some species may become extinct. Additionally, as most hydroelectric projects are physically large in size, it could often lead to the flooding of massive areas within a river valley

As the effects of climate change continue to become more erratic, some regions are experiencing less precipitation while others are expecting far more rainfall and extreme weather conditions. Changing or even unstable water cycles in turn impacts power plants’ ability to generate power and electricity.

For instance, the recent historic low water levels in Lake Powell, an important water body in the US and a major reservoir on the Colorado River, has threatened the water availability for the 40 million people and dozens of communities that depend on the River for drinking water. It has also raised concerns about the impending risk to the Glen Canyon Dam and in meeting the future demand for hydroelectric power should critical low water levels from rising temperatures and worsening droughts become more frequent. In other words, while hydropower is less affected by day-to-day weather, it is certainly impacted by climate change.

Rising investment due to limited remaining economical sites and extra expenditures in addressing social and environmental impacts is making hydropower less popular, therefore a declining overall growth across the world.

Disputes over water rights have also hindered and complicated the development of new dams slower in recent years. For example, Egypt, Ethiopia and Sudan have been unable to resolve a dispute over water rights amid the development of the Grand Ethiopian Renaissance Dam in Addis Ababa on the Blue Nile river. The dam, which is set to become Africa’s largest hydroelectric power plant, could generate 6 000 megawatts of electricity to tens of millions of Ethiopians. But there have been growing concerns over the water flow of the Nile with the dam, particularly during times of drought. Ongoing negotiations cover issues include the volume of water and time needed to complete the fill of the dam. 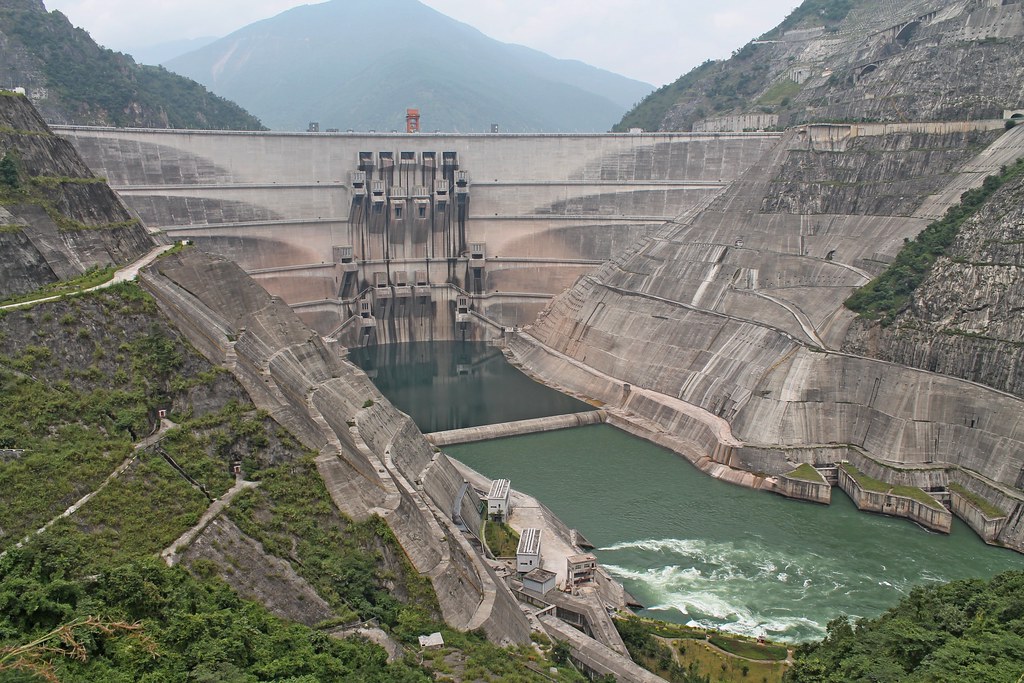 Likewise, the hydropower dams in China has restricted water flows into the Mekong River, which is one of the world’s most important water bodies that also flows across Thailand, Laos, Cambodia and Vietnam, and supports 60 million people’s livelihoods and food. Yet a study has found that the dams have held back large amounts of water during a damaging drought in downstream countries in 2019 despite China experiencing higher-than-average water levels upstream.

Adding to the downstream woes were sudden releases of water from China, which often came unannounced and drowned crops that had been planted near the banks because of the drought. Local fisheries have complained that their catches have faced a very steep decline, while agriculture harvests are stagnant as a result of the persistent droughts and unpredictable floods.

Should We Still Invest in Hydroelectric Energy?

There are a multitude of pros and cons of hydroelectric energy, but the short answer is yes. And in fact, according to Fatih Birol, the Executive Director of the International Energy Agency, “hydropower is the forgotten giant of clean electricity, and it needs to be put squarely back on the energy and climate agenda if countries are serious about meeting their net zero goals.”

The advantages of hydroelectric power and its role as a…

Read More:Examining the Pros and Cons of Hydroelectric Energy | Earth.Org – Past | Present | Future

NYC in 2027: What the city will look like five years down the road

NYC in 2027: What the city will look like five years down the road